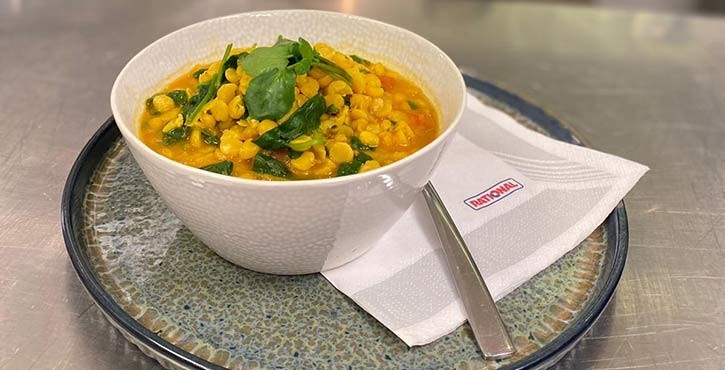 RATIONAL UK has put together a selection of vegan recipes that are available to download for free via the company’s ConnectedCooking app. The recipes have been created to help foodservice operators come up with tasty, satisfying vegan options just in time for Veganuary.

One of the difficulties with vegan recipes, especially for chefs that aren’t used to vegan cooking, is getting them right. These new recipes are designed for use with RATIONAL’s iCombi Pro combi steamer and iVario multifunctional cooking system, and make it easy to add great tasting vegan dishes to the menu.

For example, RATIONAL’s vegan macaroni cheese is a cinch to cook, using the iVario to cook the pasta and create the sauce, and the iCombi to bake it off, once the pasta and sauce are combined.

“The demand for vegan food was always going to grow,” says Ross Crook, regional development chef at RATIONAL UK. “However, the pandemic has given it an even bigger push, by focusing peoples’ minds on issues such as healthy diets and the environment – and vegan food ticks both boxes.”

Initially RATIONAL has put together seven vegan recipes, which have been hand-picked by the company’s expert chefs. Collectively they showcase just how varied a vegan menu can be – from vegan fish and chips (centred around banana blossom rather than fish!) to Japanese soufflé pancakes… along with tempting desserts such as baked apple crumble and raspberry doughnuts. Completing the recipe list are the macaroni cheese (using vegan cheese), cauliflower steak with chermoula sauce, and split pea dhal.

To get the recipes, simply download RATIONAL’s ConnectedCooking app (available free in the App Store or on Google Play) and search for the recipe you’re after. The company is continually adding new options to its recipe library all the time.