Report of the Supervisory Board of RATIONAL AG for fiscal year 2020.

The year 2020 was dominated by the coronavirus crisis and the successful launch of our new product generations, iCombi and iVario, despite the crisis. Even more so than usual, corporate governance under these difficult conditions focussed on the stability and future viability of the company as a whole as well as on the sustained improvement of corporate quality. Despite the considerable negative impact of the pandemic and the protection measures on our customers’ business, the resulting sharp decline in sales revenues and the costs of the market launch initiative and of adapting it to the changed circumstances, RATIONAL secured its liquidity and high equity ratio while keeping profitability at a high level.

Dialogue and communication as a basis for advice and monitoring.

Where called for by law, the Articles of Association and rules of procedure, the Supervisory Board voted, following detailed consultation and scrutiny, on the reports and draft resolutions of the Executive Board. All transactions requiring consent were approved. In fiscal 2020 and in 2021 to date, this related in particular to decisions concerning product development, expansion and optimisation of the sales and marketing organisation, further development of the management structure, global HR development, risk management, and planning and approval of investments and construction work at the Landsberg am Lech and Wittenheim locations.

Consultations in the Supervisory Board.

In the past fiscal year, all consultations with the Executive Board and internal discussions within the Supervisory Board were dominated by the coronavirus crisis and its effects on all aspects of the performance of the business. The consultations dealt with all relevant aspects of the development of the business, including financial, investment and HR planning, business trends, the economic situation of the company and of the Group, the risk situation, risk management, and last but not least the current cost and earnings position. In addition, numerous individual topics were on the agenda of the Supervisory Board meetings, and were discussed in depth. These included:

At the Supervisory Board meeting to adopt the financial statements on 3 March 2021, the principal topics included not only the audit and adoption or approval of the annual and consolidated financial statements but also, in particular, the draft resolutions to be proposed to the 2021 General Meeting of Shareholders.

Our duties in 2020, and, in particular, at the meeting held on 3 March 2021 to adopt the financial statements included not only the audit plus the entire accounting process in RATIONAL AG and the Group but also the monitoring of the internal control system and the risk management system.

Training and development of the members of the Supervisory Board.

The Supervisory Board regularly attends joint training and development measures, which feature topical issues such as changes in the legal framework.

The Audit Committee, comprising Mr Walter Kurtz, Dr Hans Maerz and Mr Erich Baumgärtner, met five times in the 2020 fiscal year. At its meetings, it dealt in particular with the audit tender process and the annual and consolidated financial statements, as well as with reviewing the accounting, monitoring the financial reporting process, the effectiveness of the internal control system, the risk management system, the internal audit system, compliance, and the selection and independence of the auditors and the additional services provided by the auditors. The Audit Committee reported regularly to the Supervisory Board.

In January 2021, the Supervisory Board established a Technology Committee, which deals with and prepares technical topics for the full Supervisory Board. Its members are Dr Georg Sick (Committee Chairman), Mr Walter Kurtz and Dr Johannes Würbser.

No conflicts of interest in respect of individual Supervisory Board members occurred in the 2020 reporting year in connection with consultations, draft resolutions and the audit engagement.

The annual financial statements for the fiscal year from 1 January to 31 December 2020, prepared by the Executive Board in accordance with the provisions of the German Commercial Code (Handelsgesetzbuch, HGB), and the company’s management report, which also refers to the Declaration of Corporate Governance on the company’s website, were audited by the auditors and given an unqualified audit opinion. The Executive Board prepared consolidated financial statements for the Group in accordance with the International Financial Reporting Standards (IFRSs), supplemented by the commercial law provisions applicable under section 315a (1) of the HGB. In addition, a Group management report was prepared. The auditors audited the consolidated financial statements and the Group management report and issued an unqualified audit opinion.

The auditors took part in the discussion of the company’s annual financial statements and the consolidated financial statements. They reported on the results of the audits, in particular on the points on which it was agreed the audit would focus, and were available to the Supervisory Board for questions and supplementary information. Areas on which the auditors’ explanations concentrated included the impact of the coronavirus pandemic on the accounting and the assessment of the accounts-related internal control and risk management system. Both the Executive Board and the auditors answered all our questions comprehensively and to our satisfaction.

The Supervisory Board raises no further objections to its own final results of the deliberations and its own examination. The Supervisory Board approves the results of the audit. At its meeting held on 3 March 2021, the Supervisory Board approved the annual financial statements, prepared by the Executive Board, for RATIONAL AG as of 31 December 2020, including the certified version, dated 2 March 2021, of the management report for fiscal year 2020, as well as the consolidated financial statements as of 31 December 2020 and the certified version, dated 2 March 2021, of the Group management report for fiscal year 2020. The 2020 annual financial statements for RATIONAL AG, including the management report, are thereby adopted in accordance with section 172 sentence 1 of the AktG.

After consideration of the operating environment, the situation on the global financial and capital markets, and thefinancial position of the company, the Supervisory Board approved the appropriation of profits proposed by the Executive Board.

From RATIONAL AG’s net retained profit of 427.3 million euros, a dividend of 4.80 euros per share or a total of 54.6 million euros should be distributed and the remainder carried forward to new account.

The Supervisory Board would like to thank all managers for their close and constructive cooperation, and for the trust they have placed in us. But our very special thanks go to all employees. In 2020, a year made particularly difficult by the crisis, they again succeeded in providing our customers with the high added value of RATIONAL’s products and services, and thus in making outstanding use of the market opportunities open to us.

Walter Kurtz
Chairman of the Supervisory Board of RATIONAL AG 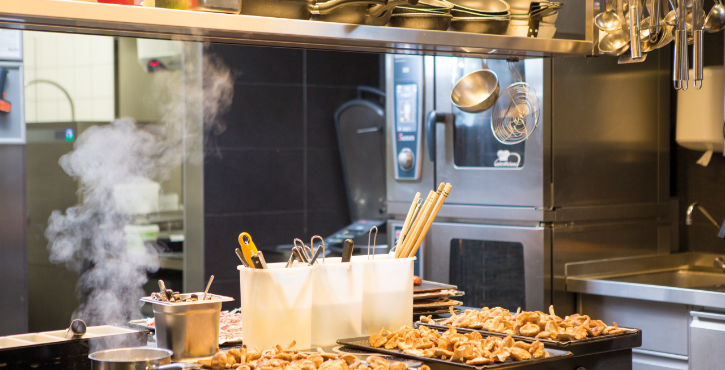 Back to corporate governance